John has been working in the gas industry since 1976. He joined Wales Gas as an apprentice and became a qualified Service Engineer. As a service engineer he was engaged in domestic, emergency response, meter work, and LPG areas of the gas industry. When he became a technician and qualified in industrial, catering and commercial utilisation his experience in the gas industry grew. In 1991 John embarked on a career in management within British Gas business. He finished in BG in 2007 as a member of the Wales Senior management team in service operations. From 2007 to 2012 John was Director of SRC Training providing training and assessing resources for ACS. John is a qualified A1 assessor and became a Director of GATC in January 2013. All these years of experience has brought a lot of personal enjoyment and satisfaction. "My experience has led me to understand that treating people fairly and with respect is the key to moving anything forward." GATC is committed to these values and wants all customers to feel at ease and supported at all times. John is currentley a volentary member of The Energy Utility Skills gas industry liason group looking closely at the elements and compliance within the ACS scheme. John has worked all over the UK and overseas helping large industry and organisations understand compliance and competence on their gas supplies.GATC are also delighted to now be appointed as partners for Technical Training Provider with The Institute of Gas Engineers and Managers (IGEM). 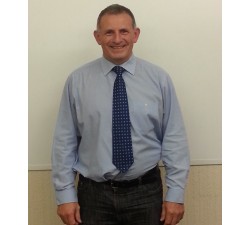 Phil has 35 years experience within the Gas Industry, covering a broad range of industry related disciplines. These include being fully qualified Gas Service Engineer and both supervisory and management roles. During the most recent 10 years Phil has fulfilled key senior management positions, supporting the UK wide Emergency Call Centre and New Gas Connections sectors of the business. Phil has successfully led a number of high profile projects and on occasion managed up 350 employees. Phil became a Director of GATC Ltd. in January 2013 and is now enjoying sharing his extensive knowledge with current and upcoming colleagues within Gas.

Stay connected with us.

Back to the top